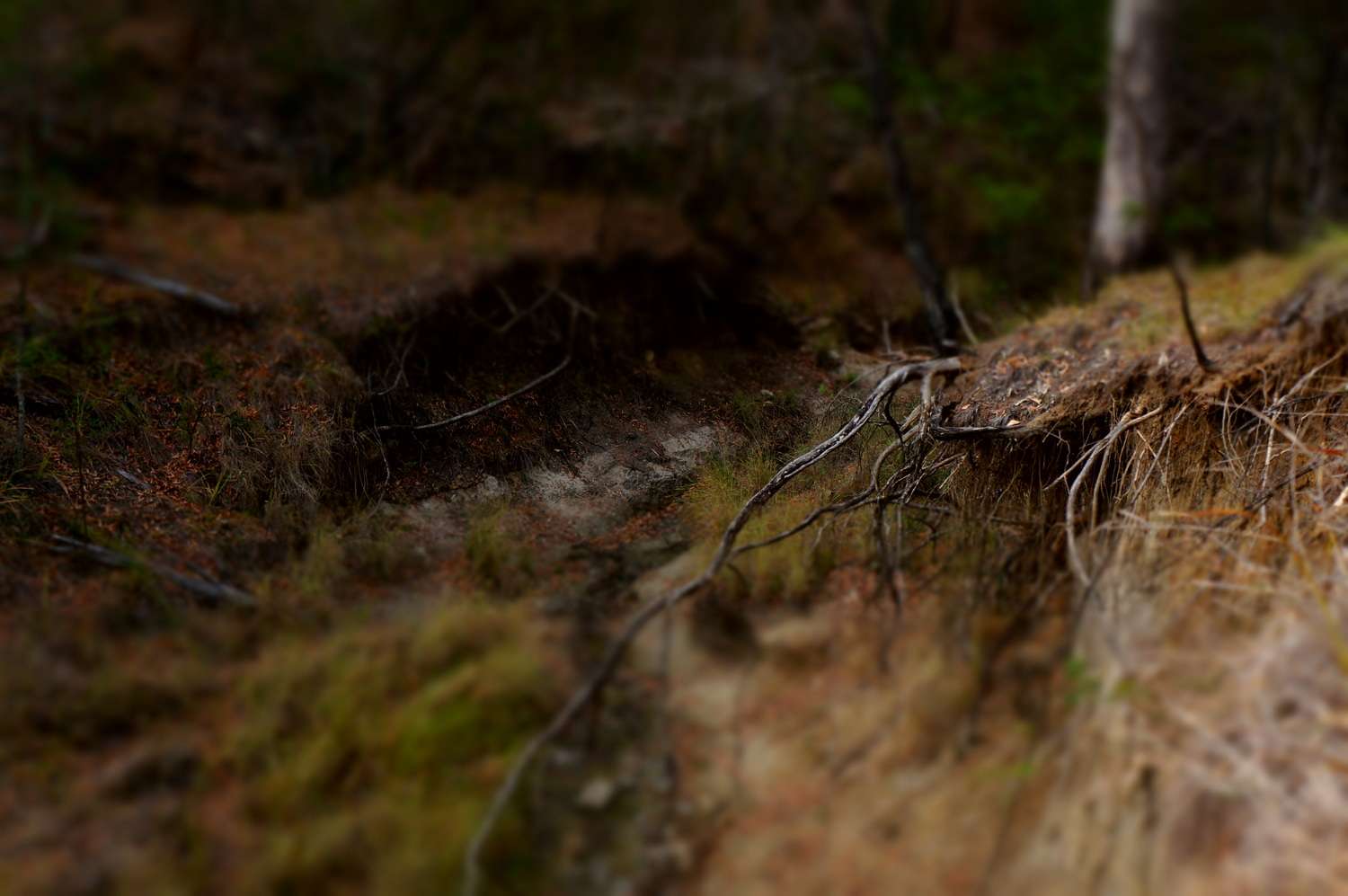 When the spots were whirling in front of my eyes, and the whole room began spinning, I should have guessed something was up. With me, I mean.

It didn’t help that I was about to have my right breast smooshed for the fourth x-ray in a breast screening.

“Great” I said to the technician as I landed heavily on the bench beside the equipment.

“That’s all I need; to pass out topless,” I joked weakly, and put my head between my legs and breathed. That was two weeks ago.

I haven’t fainted since grade school. That time, I was coming back from communion and ran smack dab into one of the big marble pillars in the side aisle of St Giles church. And I was trying to work out in that Breast Screen Bus why thirty years later, it was happening again. It wasn’t pain.

The morning had been hot and I was running full tilt, getting leapfrogged all around with my early interviews. But how was that different than any other day?

A few days later, I completely went off at a colleague. He has pushed my buttons before, not intentionally, but I always capped my frustrations as neatly as I packed away the rest of them. The last time I lost my temper was about six years ago. Before that, it might have been ten years.

It was an infuriating comment that triggered the rage in the workplace, I know what I said and why I said it, but none of it was acceptable in my eyes. It shouldn’t have happened but it took over.

So what was happening? One word.

Like my father, I am one of those stress-masters. I can suck it down so hard that I think I have it all well under control when buried somewhere in me is a maelstrom of anxiety. Most of the time, I don’t think I even know what’s going on until I start weeping over nothing at all or I can’t think straight. Yet I push through.

I was chatting to a friend the other day and like her, I refrain from keeping observant about the symptoms of stress, and do little to change my work habits. I also fail time and time again to rethink my decisions that are causing that stress to flare.

Many years ago, I was working my last day at a job I really enjoyed. It was the last day because I would soon head overseas, on my own, to get married for the first time. Nobody I knew would be there save my fiancé and mother-in-law to be, and the plan was to stay indefinitely.

The stomach pains that struck me mid-day were so bad that my parents both had to drive an hour up to my job. My dad drove my car home, the mom drove me, curled like a snail in the passenger seat. It took hours before whatever the tension let go of my guts.

Full-blown panic attacks, broken sleep to the point of rising seven to eight times a night, tiredness wadded up like in my head-it’s all familiar ground. But that stomach pain, it’s a sign the shit is really going down.

That same feeling overtook me in central New South Wales in 2010. My husband (that’s my third husband) and I were scouting around the state to look for a property. We were heading to Bourke, passing saltbush, feral goats and emus. It was a massive move for us to have our own place, and we were also looking to relocate about 20 hours away from where we had lived for years. We had been in the truck together for nearly two weeks looking at properties and the reality was setting in. It was really going to happen and I lost it.

We stopped on the side of the road and I took some time to find my breath again. Lose the pain.

I am 45 in less than three weeks. It is time to leave this stuff behind, but I am struggling to figure out how I am going to make a change. To be honest, I worry how much shorter my life will be with the toll of stress if I don’t nip this in the bud.

I have to work, and by nature, I tend to be a work-a-holic. But even on a weekend when I should be relaxing ahead of another stressful week, I push every second I can out of an hour, and often feel guilty if I haven’t been more productive.

In the past week, I have been shallow breathing. Usually, in the first 10 kilometres up my road, tearing past the slowpoke school bus and ripping a dust cloud behind me, I feel like there is a cat on my chest. A light but disturbing weight. It’s a 45 minute trip into town, and once I’ve been humming along for 20 minutes, I have left that weight behind.

But this past week, it’s not going away, It’s all day. Tonight I had a walk around the property and it evaporated. On Sunday, I took a walk in the woods to capture some photos, and again, that cat just left the scene. But the rest of the time, I keep grabbing for a big breath.

I have got to make a change.

I shared my story with another friend about that embarrassing rage in the workplace, and she something that made me smile. She suggested that sometimes, it doesn’t hurt to let people know that the bitch bites. I thought, with my general good, Yellow Lab of a nature, it might not hurt to let a little tension leak out now and again.

But maybe it really means that it is time to find a way to let the stress leak out. Maybe as surely as the slow leak on the right front tire of the lawnmower I need have mended, or the drip in the shower, I need to let that tension flow and trickle away on a regular basis so I don’t let it get the better of me.

I’ve got to back off the precipice and get back on solid ground, because carrying this stress isn’t any way to travel forward.

adminreply
– In reply to: Judy Koubek

Good to see you here again Judy. Thanks for reading! 🙂

Wow, you definitely need to make some changes I think. Some years ago I was feeling very similarly and decided something needed to be done. I studied and qualified as a Metaphysical practitioner. I don’t practice, it was done for me to discover how and why I tick the way I did (and still do from time to time). It helped me enormously and reading your post has probably told me something about you. I think your awareness of your breathing is something you could use to your advantage. When I had panic attacks I kept waiting for that point where you just knew something awful was going to happen. Someone told me that at that point I was at the worst it was going to be and the reason it came in waves is that the body cannot maintain this stressed state. That was a relief knowing it wouldn’t get any worse. I was taught to take deep breaths (you are very aware of your shortness of breath) and so if you can start to change your breathing at this point maybe that will help you. Think of breathing out the stressful stuff and breathing in calmness. Take a few minutes to just be in the moment and allow yourself some time for you. Be kind to yourself, you deserve it.

adminreply
– In reply to: Lynne

Hi Lynne-hey, great insights. That breathing this has been tops on my agenda since I wrote the post. Funny that so many other people I have spoken to also hold their breaths. It made me think about how we all walk around with this mantle of stress on our shoulders.

Lynnereply
– In reply to: admin

I find I also hold the tension in my shoulders when riding. If my mare is not responding you can bet it is because when I try “too hard” I automatically tighten my shoulders. As soon as I body check myself, my girl lets me know. She is a fab teacher.

Y E S Michele – I really understand this as it’s happened to me. Hence my step back from clinics and riding even, to make time to find my grounding and restore my feel, energy, thoughts, values, priorities – everything really. Through this my horses have ‘been there’ as a solid foundation for what is right and good. WE (the horses and I) have had a few amazing connected experiences, one as simple as watching a bee “together”, just ‘being’ instead of ‘doing’. xx Di

adminreply
– In reply to: Di Botten

Restoration is a great way to put it Di. Thanks for sharing your thoughts and experience.

After reading this, it’s uncanny how similar our minds operate. The situations are obviously different but the end result of the mind taking its toll are the same. That’s why I have to take lexapro to keep everything in check. The trail of stress never leaves otherwise, no matter what I try.

adminreply
– In reply to: Jim

Thanks for sharing something personal, and I love you Bro. Thanks for stopping by.

Sometimes this works for me: when I feel the stress coming, I stop and remember what happened in the past and tell myself nothing is worth that and let the present situation blow over.

adminreply
– In reply to: Judy koubek

I will file that in the back pocket Judy! Thanks for writing.