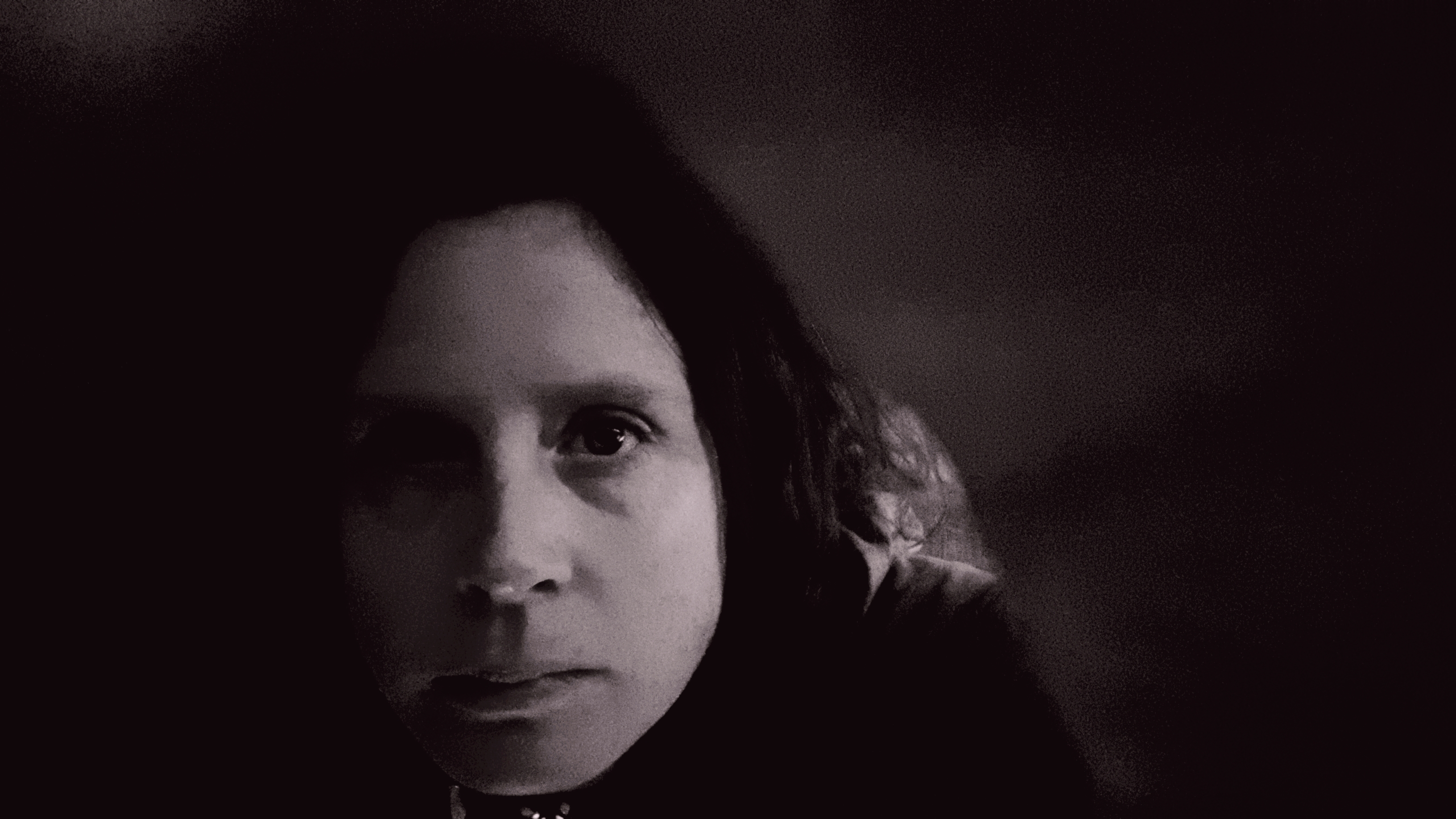 Describe myself? No time to think – really what comes first to mind:

Female. 47. From Chicago. Brown hair. Picky about the company I keep. Maybe too particular about some things. Both analytical and creative. I have a weird red spot on the end of my nose. Thick ankles. Capable. A good driver. I always look tired. You don’t have to tell me.

Female tops the list. It’s an automatic response, but how do I identify myself as female? What are the characteristics?

Well, turns out, aside from the period, the physical attributes, not much. Or so I thought. I wasn’t raised to define myself as a girl. Nobody said I couldn’t do this or that because of my chromosomal make-up. The word ‘lady-like’ was never applied. I saw my world through the lens of my imagination and the stacks of books I obsessively read. My world was the imaginary horse I led up and down my alley, or the magic in crossing kitty corner under a streetlight, goose-necked over a dark, snow morning walk to school.

Being a girl wasn’t part of being me. I stumbled into adolescence, and fumbled through those early relationships with desperate crushes, but I still held on to my childhood passions. I know I was a girl, but other things defined me as me.

But lately, I’ve been learning about being female, and how much I have absorbed.

It began one night in April, my husband and I were sitting in front of the news. At the time, the video of two women Australian Muslim women, and self-professed feminists, in discussion on the Facebook page for Women of Hizb ut-Tahrir Australia. The video went viral, drawing widespread criticism from Australian Muslim leaders and government ministers.

The women condoned the Quran tenant that a woman must submit to a man, and if she does not, he is within his right to discipline her. They equated subservience in professional life to a similar relationship between a man and woman.

They women endorsed the use of a siwaak (used to clean teeth), or small rod by their husbands. The tools are used strike the women after a transgression, by their husbands as a symbolic form of punishment. He may also use a coiled scarf or handkerchief.

As this played out on the news, I was fussing with my phone, not really paying attention when Ross sputtered his incredulity about the segment. I looked up.

“Don’t you think this is terrible?” he asked me.

I was still distracted, and mumbled something like, “Not really.” Then I smartened up and thought, “Why don’t I care more about this?”

Of course I do care. But I also accept women, including me, have experienced intimidation, objectification and condescension probably for as long as we used thumbs and our developed brain. It’s unpleasant and often offensive. I’ve had catcalls, been barked at, realized at every stage of my mature life I have been at a disadvantage because I’m female.

So I’ve decided to embark on a project, talking to women and girls about being female. Just putting the concept out there has already generated some interesting conversation.

One woman I know said her partner believes women should be able to be anything they want to be, and he says that out loud. We’ve all heard that belief as a kind of anthem of equality, especially when it comes to little girls. But my friend switched a dusty light on that phrase, and it was illuminated.

“Isn’t that condescending?” she asked.

“My god, you’re right,” I said, wiping the cobwebs from my eyelids.

You wouldn’t tell a boy, or a man, they could be anything they wanted to be, unless they are facing barriers of ability or race. So much of being male is expected.

Which still isn’t right, but it’s not quite the same as what half the global population shares; a second X chromosome. A lot of women get this without thinking about it. And I think it’s time for me to start thinking.

Over the next few months, I’ll be posting the outcomes of these conversations, and invite any thoughts which arise.

I enjoyed reading this. This matter of women is much in my thoughts. Ivanka goes to Saudi Arabia to empower women who aren’t allowed to drive cars or go anywhere without a male protector. Trump fawns all over the men who own oil and ignores the abuses of women’s rights. Leader of the free world no more. Backward march.