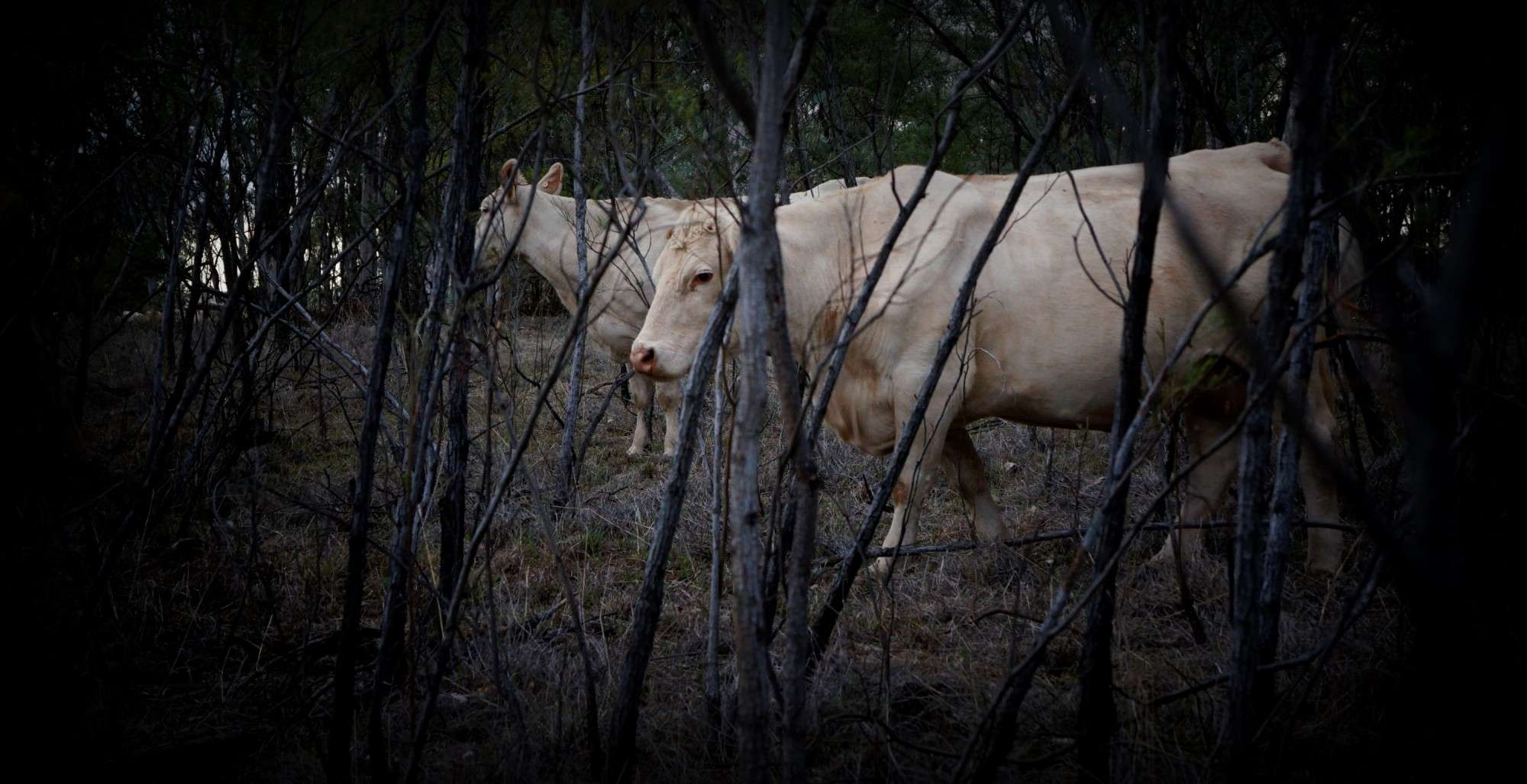 There were six units in the old Studer Storage building outside of town.

Though the population of Big Plains, North Dakota had waned in the past ten years, Leonard Schultz, the new owner of the storage facility, was interested in tearing down the old wooden structure and putting in a new metal building with ten units and covered lots for snowbirds to store their RVs out of season.

The storage building sat on a large lot, ringed by an old eight foot, chain link fence and a wobbly gate Leonard propped open with a rock. A few locals kept some indispensables in a few of the units, but there were’t any calls for the spaces left.

Leonard often sat on his front porch, throwing a ball for his dog and thinking about his venture into capitalism. It had taken the best part of two weeks in April to jack up the building and replace some of the foundation on the west end. The doors faced the south and were still in good repair, but it was only a matter of time before the whole thing would blow over in a stiff wind.

The metal building he had in mind would be larger, requiring more land, and Leonard was reluctant to begin the courtship of the old rancher, Ed Anderson, who owned the property adjacent to the storage building. It would take at least two more acres of land to add the new building and driveways and Anderson was old and reluctant to change. A Big Plains man from birth, he would not be an easy sell.

Besides which, Leonard was aware that even with six units available, there was always one unit empty, the lock hanging slack. It seemed like a gamble.

Leonard was irritated with Anderson’s dimwitted approach to any kind of progress. A fresh building offered options and encouraged towns to think ahead.

Leonard pulled around to the shadier west side of the units one Sunday morning to have a look and a think. He took off his cap and used his arm to sweep the sweat from his forehead.

Up here, in west-central Dakota, the summers were always unpredictable, and this one had offered periods of hard rain and hot sun, after a soaking spring, so Leonard stood with his boots half sunk in mud, baking slowly in heat.

Some of the Soaring S cattle, Ed Anderson’s mutts, were browsing on the next property. Ed only ran about eighty head on his land after a lifetime on a busy ranch.  He had a hard time riding these days and kept the herd just to keep his hand in.

Leonard watched as a big black cow came up to the fence and began rubbing her head against a wood post. As he stood there, the post began to rock in the mud and he thought about the rain and the failure of the land to fully harden after the spring storms. He saw the post break at ground level. The crack and subsequent swing of the loose post and wires gone slack, momentarily startled the cow, but she soon walked to the next post and began rubbing her head again.

Another post broke, and Leonard wondered when Ed had last checked this fence. A calf joined the cow and together they walked to the next post. They were flanked by a Hereford who had intentions to relieve an itch on her hind end. She began rocking her flanks against the roughened wood of the post.

Leonard got up to sit on the hood of his truck as the third post fell. He took out a pack of cigarettes and cupped his hand against the warm west wind.

Once the fourth post was on the ground, the lines of barbed wire began to hang low and the calf was the first animal in the storage unit driveway.  Leonard got into his truck and picked up his phone to call Ed.

“You mean you just let them do it?” thundered the old man on his end. “You sat there and watched them knock the posts down? You could have just kissed ‘em back over.”

“You need to come down here and deal with this yourself. I don’t want these cows shitting all over my storage facility,” Leonard said, a little testily.

There were eight cows over the fence now. Their escape route was in line with the wide storage unit entrance, and they trotted into the yard and around the building snorting at Leonard and his truck, but grabbing at the long grass poking its way through the cracked concrete. One of them cranked her tail and urinated on the door of a unit.

“Crap,” said Leonard, looking up at the sky, wondering when the next spate of rain would come.

Two of the calves had found their way into the unit and tested the doors with their heads. There was a skirmish and a creaking from the western wall as they butted each other the building.

Ten more cows from the other side of the pasture grew agitated with the activity and began loping down to the building. They gamboled over the barbed wire and joined the others.

Leonard heard the throaty rumble of Ed’s pickup and the older man pulled up on the other side of the chain link. He had a few buckets of grain in the bed and a couple of the older cows let out an interested bellow.

Ed waved to Leonard and called out, “I’ll lead ‘em out, Len. You sit tight.”

Leonard just nodded, now slowly opening his door and watching the weather-worn building shudder as the cows buffeted around it.

Ed slowly backed up and circled the facility yard began honking the horn to chum the cattle back to the pasture. At the sound, the cows in building’s yard began to crush upon together to get to the truck and the grain, heaving their weight against the little building.

There was a creaking, a crack, and Leonard jumped out of his truck.

One of the doors popped open with the pressure of an anxious heifer and the contents of someone’s attic came into view. The building swayed, and then two steers shouldered the western wall. With the grace of a falling dancer, it whooshed to the ground.

He ran into the milling crowd of bawling cows, waving his arms and shouting. Ed, was already away behind the wheel, radio blaring incoherently and did not see the potential for disaster.

He began driving away from the building, on his way over the barbed wire, and into the pasture, but the herd was on a roll, and circling the structure, knocking hipbones and kicking hooves, laying waste to the stored goods now out in the sunlight.

Two cows hit the gate of the facility, banging it to the end of their hinges and it swung back, trapping the remaining cattle inside.

As Ed bumped merrily up the pasture, honking, a ragged pied piper, a red calf ran through a pile of boxes, chased by a half grown heifer, feeling good about the rebellion.

Leonard waded into some old boxes and found a floor lamp and began swinging and shouting at the cattle to drive them toward the gap in the gates. Ed was far up the hill and the remaining cows, too far behind to catch on to the plan, were snorting in confusion, panicking at Leonard’s hysteria.

He tried to get behind them and an irate cow turned, tucking her calf behind her and advanced on Leonard. He was too late and didn’t see her lowered head. Her swift defense.

-This is a section from a novella I wrote titled Shelter.