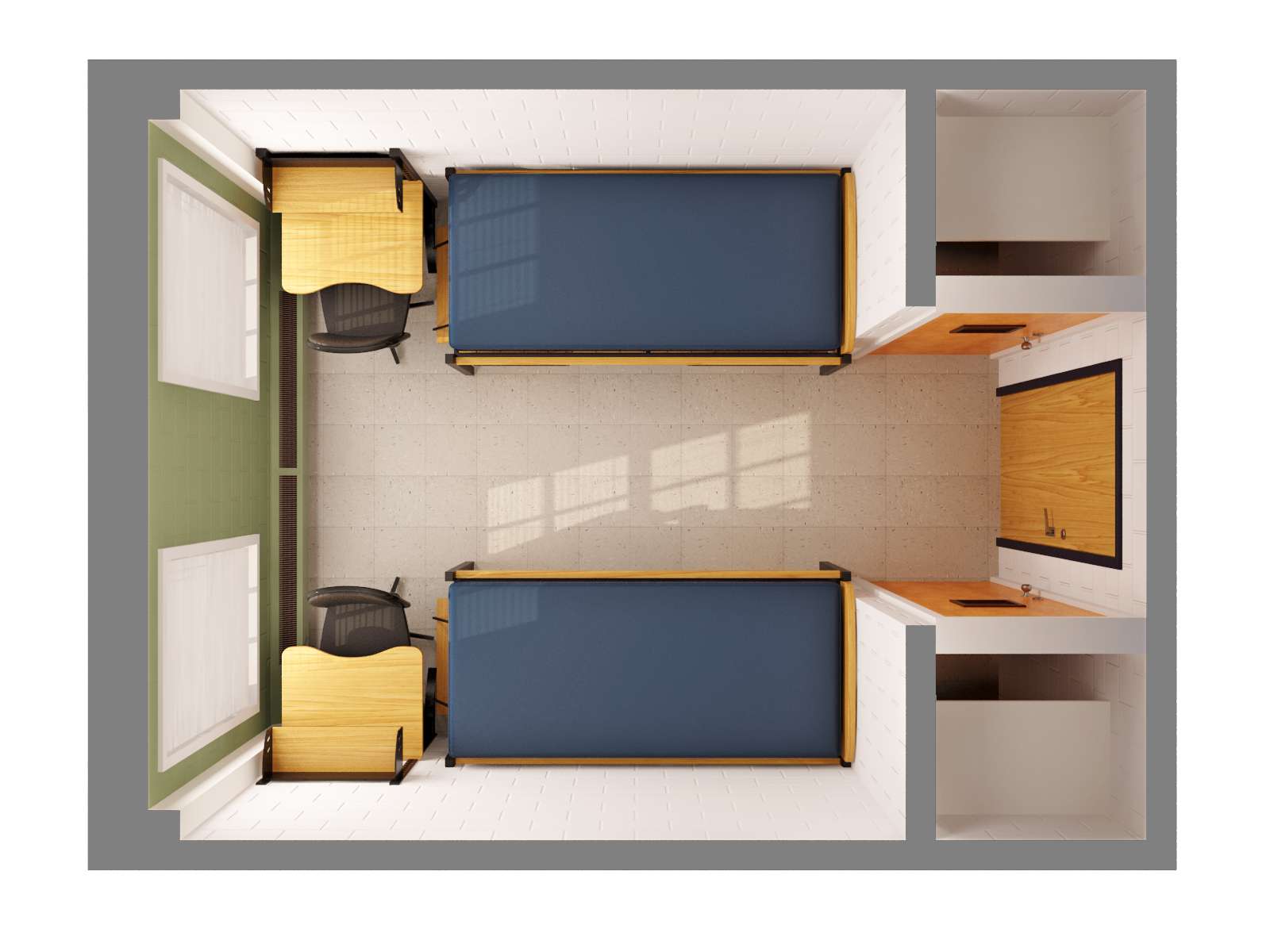 Just when you think you could be doing the right thing, there life goes and bites you in the ass, to let you know you had it all wrong.

It was 1989, and I had finally broken free from 1 ½ years living in an all-female dorm, Lincoln Avenue Residence Hall (LAR) at the University of Illinois, Urbana.

Freshman year, I scored a dragon midget of a roommate, Alicia, who color-coordinated her socks to her Pasta sweatshirts and stocked up on black stirrup pants. She despised me. I know because I heard her talking about it to her hall bestie when I was around the corner in a toilet stall. She called me a bitch. But then, she called every girl she didn’t like a bitch.

She and I were both in pre-vet, and since I worked at the U of I dairy farm with boots caked in cow poo, I suppose there was reason to complain, but I was good-intentioned.

My most vivid memories of Alicia were the foundation encrusted sponge she used to paint her face each morning, and the way she wetly said “asshole” though her braces when talking about all young men she met. A real sweetie pie.

Heaven and the Phi Beta Chi Lutheran girls across Lincoln Avenue intervened and accepted Alicia as a mid-year pledge, and I was paired with a lovely food science major named Carol.

Carol never stopped talking and had a boyfriend with a receding hairline who I imagine she eventually married, though she did have a yen for one of the food science grad students.

Her talk was aimless, and she would drone along like a butterfly looking for pollen, arranging papers on her desk, making her bed, folding her laundry. Once I fell asleep in my bunk as she rambled on and on, and woke 30 minutes later to find her still trailing after her meandering thoughts.

We had a year together, and finally, my chance came. I scored a spot in co-ed Allen Hall. So it was spring, 1989. Magic. A time for new beginnings.

By then I was an art major, and more than eager to take up residence in Allen. I had worked in the food service the dorm shared with LAR for a year, and envied the creative, snazzy, left-thinking, progressive, inspiring place it was. Allen Hall hosted Unit One. It was the kind of place where all stripes of diversity, sexual orientation, and expression were welcome.

Since my stuff was still at LAR, I moved at the start of the semester and met a young woman, my new roommate, whose name I honestly have blocked from my memory, but I’ll call her Laura.

Laura was a tall, solid girl with a head of short, thick, blonde curls any 70s boy singing star would have died for. Think cover of Tiger Beat circa 1978.

She was accompanied by a woman with a name I do recall, because it was Mindy, and I’d never met anybody really named Mindy before. She was slender, doe-like, with mahogany hair and very Jaclyn Smith.

Mindy was on crutches with a healing sprained ankle, and as I rode the portal elevator between the two dorms with Laura working the special key to unlock the doors, I got a vibe. Laura stood protectively beside Mindy, and at one point reached out to take her hand that rested on the crutch handle.

I was trying to figure out the relationship, which seemed charged in that small space. My thought was they were a couple, and that was ok, but it was also a little hazy. But I had more important things to think about than the sexuality of my roommate.

Until that first weekend.

Mindy was several years older than Laura, and soon off her crutches. Mindy drove down from Kankakee on Saturday, and without Laura asking, or even telling me, she stayed the night.

Now anybody who has stayed in a standard college dorm knows there is very little room in those cinderblock chambers. Our beds were only a few feet apart, and you can hear about everything that happens in your roomie’s bed.

That first night, nothing did happen. I said goodnight. They said goodnight, and it was quiet. Until 4am, when Mindy got up to shower and return to the room to dry her hair.

I must state here, anybody who knows me well, knows that if you wake me prematurely, I am a little like that mother bear in The Revenant. I will tear strips off you if we’re somehow related, or silently murder you, the horse you rode in on, your family, all your friends, and burn your house down, in my mind.

My parents used to just leave me on the floor if I fell asleep because if woken, I was a little bobcat. Still am.

So Mindy and this hair drying at 4.30am so she could make it back to Kankakee to get to work or her life – let’s just say I lay there seething, but I was too good-mannered to complain. And I had to get up in about an hour anyhow to get to food service, so on Mindy mornings, I just rose earlier. Actually, there was no just about it. Angry, but earlier.

Time passed and within a few weeks, the silent sleepovers became more frequent, and changed to full-blown lovemaking sessions in Laura’s bed.

Less than five feet away, no notice, no, “Hey, my girlfriend’s staying the night. Would you mind coming back late, or finding another place to stay?” I didn’t care who her partner was, but woman or man, trying to sleep when your roommate is seriously getting it on almost an arm’s reach away was not working for me.

To make it worse, Laura was in complete denial. She was a small town, country Christian ag major who listened to the rock of Jesus’ word with electric guitars behind it, had more than a few crucifixes on her side of the room, and never referred to this covert lesbian relationship in which she was embedded.

It was like it wasn’t happening, and there was no opening for the conversation.

I went to my Resident Advisor on our floor, and talked to her about the issue. She, in turn, went to Laura who denied the whole thing. The RA said she would have to take it to the Resident Director who lived down in Unit One, and I thought with relief, “Finally, we’ll get somewhere.”

I believed I was being open-minded and fair, totally ok with the relationship, just fed up with losing sleep night after night.

Now I understand this young woman was in complete conflict with her sexuality and her background, but as a 19-year-old who was fine with people begin gay or straight, I didn’t recognize the signs. I thought in that environment, where being gay was practically endorsed, would encourage her to speak candidly about the relationship, but I was mistaken.

Anyhow, though I had some hopes, that meeting with the RD evoked just a more vociferous response from Laura who insisted my allegations held no water. I was confused. I thought I was doing the right thing, and I made a last attempt to find a solution.

I argued, “Look, I’m cool with her choices, but I work early and late shifts and have a heavy class-load and long studio hours. I need to sleep.”

She was belligerent and just shut down. It was too much for her. In hindsight, I realize my open acceptance of her sexuality probably terrified her. Whatever her hand was, she was not ready to lay out those cards, and we were both confused. Meeting over.

Nothing really came of the resolution session, but Mindy was restricted to fewer visits and the air in my room was decidedly frosty after the showdown. I walked a few miles across Urbana and Champaign to stay at my then boyfriend’s, later first husband’s, house on Mindy nights and we reached a truce.

And then there was spring break.

My dad came down to pick me up and have our traditional Urbana lunch at the Courier Café where he used to actually work when it was the Urbana Courier newspaper and he was a journalism student in the mid-60s.

Lunch over, I realized I had forgotten something in my room and asked my dad if we could just stop quickly at the dorm.

I ran up the stairs and as I approached the door, I heard music playing a little more loudly than usual for fairly conservative Laura, so I knocked on the door.

Nothing was the same after that. I just tried to stay out of my room as much as possible. Life was far too unpredictable and I needed to focus on school and sleep.

I often wonder what happened to Laura and if her experimentation took her one way or the other. I wonder if she decided on both. Her obvious infatuation with Mindy leads me to believe she was destined to find love with a woman. Though that XY wildcard…I just don’t know.

The next semester, I had an apartment with a woman who is one of my dearest friends to this day, so I left Laura and her adventures in finding herself behind me. I hope she did find love. After all that anguish, she deserved it.

-The featured image is an actual bird’s-eye view of an Allen Hall double room.