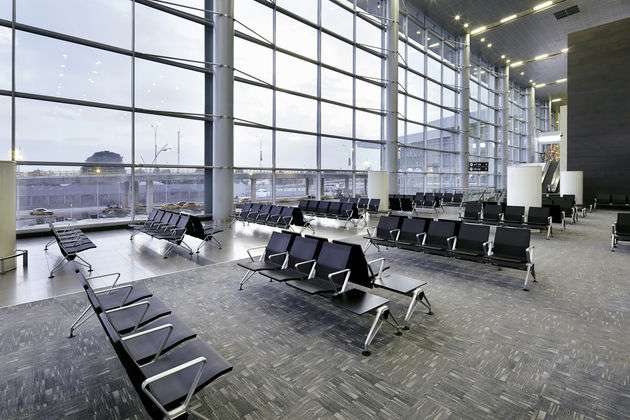 Last September 26th, I had just completed the first leg of my trip home. I was headed next to my folks in Chicago and my friend dropped my at the closest BART station in Oakland long before sunrise.

Shortly I was at the airport, checked in, found my terminal and grabbed a coffee and a scone. I took a seat a few spaces down from a guy and we were more or less alone, facing  facing the east where the sun was just cresting the mountains.

As I watched, the sun rose and then immediately disappeared into a mantle of clouds.  It was so sudden, and so brief, it took me by surprise.

“Man, that was the shortest sunrise I’ve ever seen!” the guy near me burst out and laughed.

I laughed, too and agreed. Then we just sat there, looking out at the grey morning. After a while it was time for me to hang around my gate so I collectd my stuff, swept some crumbs off the seat, told the guy ‘See you’ and left.

That connection, just sharing the shortest sunrise with another person over a moment, like being caught in a downpour with laughing strangers, was one of the most memorable things I took home from my trip and I still think about it.

I’m about to head back to the US for just 6 days. More terminals, more waiting, more strangers. Maybe more unexpected connections.

So I will post again when I return. Meantime, thanks for reading and exploring my site and I’ll see you when I get back.