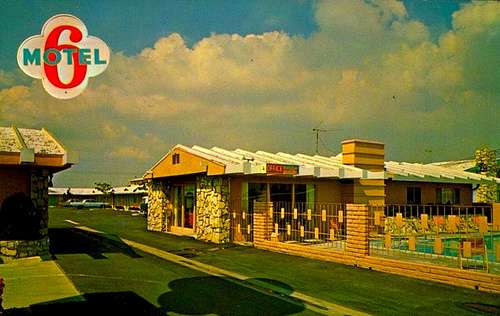 This conversation, long overdue, has been sparked by the weighted trigger of the body of that tiny dead boy, Aylan Kurdi, on the beach.

But what would happen?

I think this country might see enormous reformative change in regards to plain, sensible decisions on health care, on education, social welfare and employment.

I would suggest any country that takes in those in need has the potential to improve, if only in a boost of its compassion. But I believe even the capitalists might find a little joy, because the desk must be swept clear to make a nation work with its new residents.

When our population is pressed just beyond the fairly comfortable, but still underserviced numbers, that pressure of need must economize its action.

There would be little time for posturing in Parliament. Little time for useless catch-phrases and an inability to answer a question. No more space for the most clever comment, more re-tweetable remark. Sound bytes over.

Quick, sensible and solid decisions will have to be made to keep this nation sustainable. Or with luck and a prayer, even improve it.

We won’t be able to ignore the numbers of children who dress themselves in the same clothing as the day before and the day before, and go to school without a dinner the night before and breakfast.

This country will accept the deficits of its youth who are unable to train or study to be our future workers in every walk of the workplace and industry, or supporting a more eclectic platter of studies than the pithy selection now on order to return richness to our country.

What about sexy platforms to earn a few poll points?

Well, enough with the rhetoric about fighting the war on ice, while cutting funding to rehabilitation centers or ignoring the regional drug treatment crisis. We will not have time for outcry over the state of kitchen terrorism, yet watch the government surreptitiously snip at budgets to aid victims of domestic violence.

The disappearance of social service and welfare organisations in large centers must stop. Instead, we should see a re-introduction of local offices to help and build confidence in a challenged and growing population.

As we took refugees into our homes, our communities, we would learn.

We would learn that these people, given the choice, would rather be back home in their home country which cast them away under violent duress. They had no choice.

I think this country, Australia, or the United States, like many other first-world, or ‘Western’ nations, are arrogant to believe everybody wants to be here. That this is the best and most desirable life.

Of course some people will always long for a different life, but humans are humans, and just like you or me, some will want to live elsewhere, though I know most of the people I went to school with are still in the same region I left many years ago.

Some are wanderers, some are nesters. In both cases there are reluctants. But in others, it is by choice.

For a person feeling persecution, war, rape, massacre, the destruction of all they know, it is with reluctance.

As we sit to watch the sunset from our parch, drive or take the bus or train to work, maybe even bicycle, sit with our little child in a park and watch them play, have a surgery in a clean, well-equipped hospital, watch some of out paycheck tip into a retirement fund, buy a cappuccino whenever we want, all of this in a safe country free from the mania of religious or political extremism, we must realize how lucky we are.

Ask refugees in every country from which they are torn, that should peace return, should stability be re-established, would they go back to the house, neighborhood, the landscapes, the history where they feel their atoms buried beneath their own feet, would they return?

I would wager many would jump at the chance.

That chance to go home. Just as I leap at the chance to return home at the end of the work day. When I see my parents’ faces after a year apart and I feel like my insides are collapsing in joy.

What would happen if I lost it all in a moment and I could never go back or have the feeling of security in my home?

It is no irony the 10th anniversary of Hurricane Katrina coincides with this moment of Syrian humanitarian crisis.

No accident because in one place or another, there is a kind of Katrina, if not a natural disaster, but some kind of tragedy of heroic proportions that destroys lives.

By boat, by foot, by train or bus, however that person travels to seek asylum, it is legal and desperate beyond any idea most of us can fathom. We must never forget that.

If my own situation could accommodate somebody way out here in the country, I would open my home to refugees. I would do what I could to help them navigate a world that does not share their language, culture, food, customs.

I have so much. I feel it is the least I could do. Because I will probably always be this fortunate, I can afford to give some of that away.