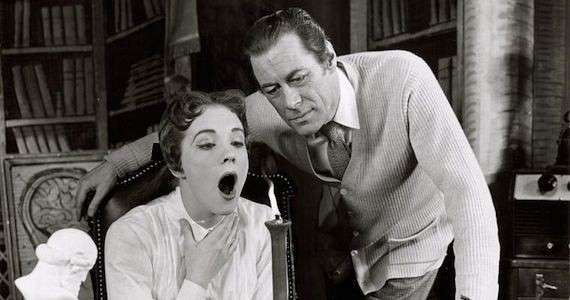 If you’re like me, you sometimes yell at something on the television or the radio with authority that is nothing to brag on. Today, I was bawling out a podcast.

I’ve got some time off, and a list of chores and tasks to complete while I am off. It’s been going ok so far, but I’m shedding some stress and it’s coming off like loose roofing tiles, so that’s been a little rough. And upsetting.

I think I am unconsciously debriefing from a list of recent heavy stories and interviews, and just the daily load of life all stacking up. Everything makes me cry lately-happy things, sad things, upsetting things, memories. It’s all leaking out.

Maybe that’s why I was muttering like an old hen.

Anyhow, today I was up the driveway on the mower, listening to a few Freakonomics podcasts. The very last bit I had to do to finish the job.

While I’m mowing away for two hours getting all the bones in my body mashed into gelatin by the unforgiving ground coupled with the mower that is without suspension of any sort, I started that muttering.

I am a podcast fan with a long list of favorites, and they fill in the tedious droning hours on the mower.

One thing I notice about podcasts, and often many of the most successful, is the tendency for many women producers, presenters and some interviewees, to upspeak. You can imagine their age by their voices. I’d say teens to mid 30s.

You don’t tend to hear older women with the habit, and there are some men, but not too many.

I know upspeak, or uptalk, is a global virus infecting so many younger women today. Most recently Fresh Air’s Terry Gross had on journalist Jessica Grose, linguist Dr Penny Eckert and speech pathologist Susan Sankin in a episode specifically about upspeak and the vocal fry. It was interesting.

Penny was quite defensive of upspeak, assigning the trend to an evolution of language she said she celebrated. She was self-disparaging about her age when it came to criticism of upspeak, which caused me to exclaim “hey!”

Susan spoke about altering accent to allow for more opportunity. She admitted she modulated her own strong New Jersey accent to inspire more confidence in her clients.

Jessica, who has endeavored to alter her upspeak after learning she had the habit was also a little defensive about it. She has changed, but she took the initial criticism very personally.

I feel accent and upspeak as very different qualities that cannot be compared. I see upspeak as adopted expression, and accent as personal history. But that’s me.

And I live in Australia, where upspeak is practically a requirement for most young people, boys and girls. I read about it in Bill Bryson’s book In a Sunburned Country, also titled Down Under (a very funny read) before I set foot here, and not long after I arrived, I did hear that upward inflection.

This Freakonomics podcast today was ripe with these vocal habits, and had me griping out loud.

The topic was not the issue. It explored why people keep having children, an interesting show, but one of the guest experts, Emily Oster, Associate Professor of Economics at Brown University, was getting on my last nerve with the way she speaks. She’s got the vocal fry thing well established, but there’s a weird twist of upspeak, that is not upspeak.

Here’s Emily in action in another interview from Good Parenting Radio. You don’t have to wait too long before it begins.

It’s not exactly upspeak. Coupled with that graveling down to the vocal fry, I would almost call it exhaustive listing; enumerating an endless list that is wearing you down to the ground.

Even at 1:49, her “Mmm-hmm” of agreement has a lift from the first basecamp to Everest’s peak. Amazing.

Kind of reminds me of this:

Kind of. Not nearly as funny.

I apologize here publicly to Emily who I suspect is one incredibly smart cookie, with smart language and well-regarded, but when it came to speaking, I wanted to sit her in a chair and shake her. Maybe give her a cupcake afterwards, but shake her first.

To be extremely fair to Emily, she is far from alone. She is just the unfortunate who really triggered this post today.

The podcasts that I love are littered by young women speaking in this sing-song manner where I never feel a vocal loop, that sigh-inducing conclusion to a well-rounded sentence or phrase, but rather a roller-coaster like the Tidal Wave from Six Flags Great America.

It was a huge curlicue, descending and ascending. I loved it. I think I rode it three times during one school visit.

I think the Tidal Wave was defunct by 1991, but this habit of upspeak does not seem to be on its way out. It is alive and multiplying.

I’d love to learn how to record and edit audio stories and if I had three lives, maybe even in this life, I will learn. There is a lot to learn.

But as I listen to the Tidal Wave of feminine voices on these podcasts, I can’t help but have this fractious inner conversation:

“How did they get that job?”

“I could do that job”

“If they can do that, I must be able to do that, too; just listen to them.”

“Am I really that smart because if I was I would be further along than I am in life now?”

“Get over yourself, Michèle, you’re doing ok,”

“But that was a brilliant story, so they must be smart, but just speak poorly.”

“Oh nothing just about it! For godssake, stop talking like that!”

Not every interview, but more and more as I listen to myself, I find this cautious foray into the conversation, sounding a little like a Chipmunk looks, converging on a peanut but popping up to scan for potential predators on the horizon, to be a really embarrassing habit.

I sometimes fall into it when I talk to teenagers. I pluck the remnants of vocal fry from the air, fresh off the lips of a 15-year-old, and I find that list-y thing can appear when I am setting up a question for an interviewee. What the hell?

I’m blaming it a little on contagion and my years down here.

Anyhow, I’ve said it. There is is. I’m annoyed with countless young female podcasters,  Emily Oster (sorry Emily) and myself. Where’s my Professor Higgins or my Morgan Freeman to whip me back into shape?

-The featured image is from the Broadway production of My Fair Lady, with the inimitable Julie Andrews as Eliza Doolittle and Rex Harrison as Professor Henry Higgins during an elocution lesson.