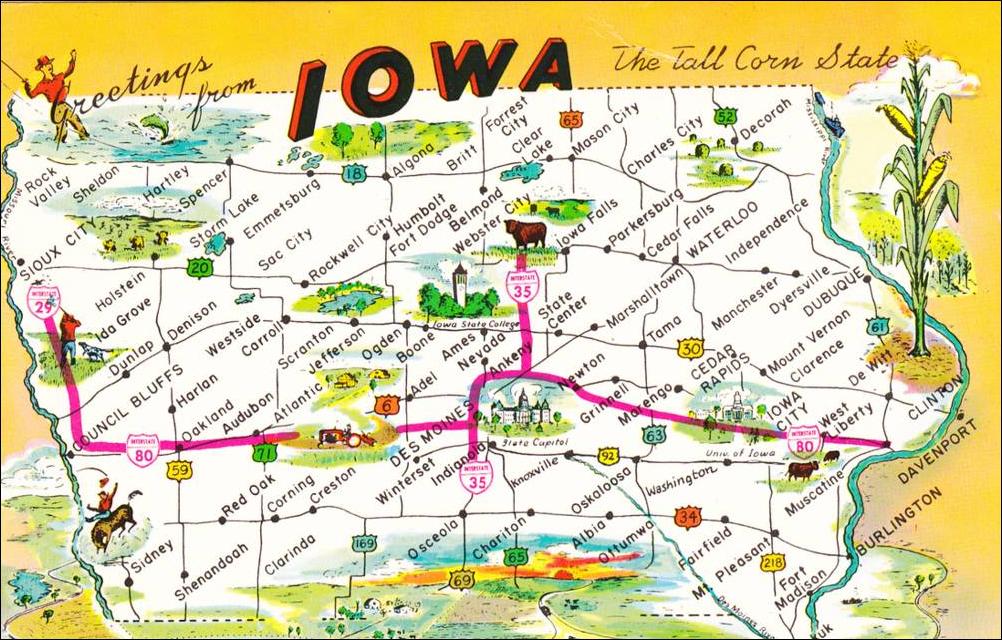 It was probably 15 years ago. Route 9 across Iowa, and the rolling expanse of corn and soybean fields gave way to the necklace of small towns strung across the state’s northern reaches.

There’s a baseball game where half the town has pulled up in Fords, Dodges and Chevys, the night lit by the floodlights over the diamond. A corner cube neon-chiming, selling ice cream. Kids on bikes. The quintessential American summer evening.

I drove on, past the gas station and motel on the edge of town to find a chain of lakes nestled in the north west pocket of the state, and I set up my small tent for the night.

I recently returned to Australia from a trip back home, and I plotted this journey via that former route through Iowa I had taken several times. Iowa was my conduit to the west and to release.

The trip was planned to reflect, to get some distance from what is now a very hectic life, and a hope I might recapture some part of myself I’d left along those roads from Chicago, up through South Dakota,traverse Wyoming to Idaho, and on to California.

And I didn’t find it.

I’ve been thinking a lot about that trip, how to articulate my failure to find my missing fragment in an essay. I am trying to understand what I was looking for, and why there seemed to be no nowhere anymore where I used to get lost.

Now I feel that I have a foot in both worlds, but belong to neither. I am always an American in Australia, a place I admittedly enjoy to live. And when I return to Chicago, or look for familiarity in the places I used to go, where I called home, still call home, every trip back I feel more like a visitor.

It’s not a complaint, but it is an adjustment. I did not factor in how much I had changed in the years since road-trips were my best escape. Five days alone on the road again, it was the litmus test, but the colors didn’t match up to anything I recognized.

So I’m not a true expatriate, but I am still searching for that elusive fragment of myself I left thousands of miles away. I am looking for my America I do not recognize in a country which would actually give nonsense like Donald Trump a presidential nomination, or endorse mass killing by deregulating gun control.

I feel not only have I lost a bit of myself, but I’ve also lost the confidence I had in a country that could make better decisions.

I guess, I am looking for that old, gold road of an 8pm Route 9, with a ragged cheer coming from a baseball field in Spirit Lake, and a line at the Dairy Queen.

I am still looking for Iowa.