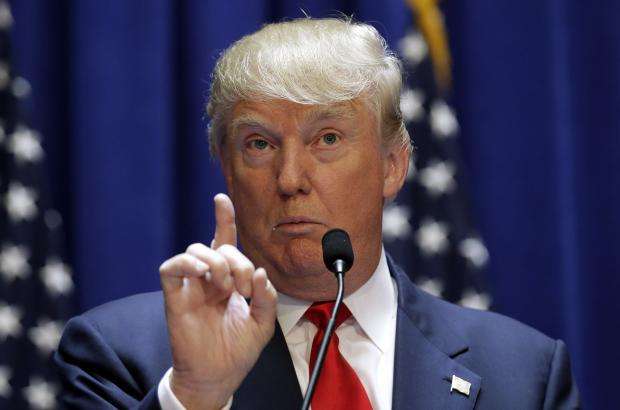 So, last night I watched our ABC’s program Foreign Correspondent on the rise of Donald Trump.

I’ve read the headlines, some articles and have been left incredulous the man is in this current position as bona fide Republican candidate.

After I watched the program, I was left thinking, if this man, who has made a fortune, (but at what cost to the people and communities left behind) was instead a middle-class person, his arrogant rants and ideas would be dismissed as hyperbole, obnoxious senselessness or even madness.

The man is a blare of shouts and bullying,  a vessel of flagrantly offensive and even more often, hateful, opinions.

He does little but capture a population who are also frustrated. That is not a pathway to change. It is merely venting. I cannot understand a society that is happy to complain but does little to enact change.

An example is blaming immigrants who illegally cross the border as the cause of America’s economic position. Rather than learn about had choices in state and government policy and budgetary decisions, blame a scapegoat.

It is just an embrace of rhetoric and about as useful as chanting on social media.

There are no policies, there is no vision. I cannot help but think of late 1920s and 1930s Germany when I hear him tear off on some intolerant ideology.

He is a man dangerously out of time with both social realism, morals and humanity.

What I cannot see in any way, shape or form in Mr Trump are the ingredients for a leader. He is like one of those old travelling showmen, with their big tents, podium and fire and brimstone. Or even the Wizard of OZ-draw the curtain aside and there is a humbug.

At least the Wizard had a kind heart.

–The featured image is by Brendan McDermid/Reuters

Michèlereply
– In reply to: Judith Koubek

We elect our leaders when we take the time to vote. Polls say the American public only turns out at about 40 per cent in a presidential election and 30 per cent in any other election. People don’t care, and so the loudest leader with the biggest budget has the best chance with people who can look up from their phone just long enough to vote. Congress has been deeply divided since the GFC George W so generously left in his wake and yet, America has a short memory. I do say shame on Donald Trump for his misogynist opinions, his racist remarks and flagrant disregard for the reality of a struggling America. He is reactive, not proactive.
He is not speaking for the majority poor and middle class, the disenfranchised, the people working three jobs to make a living and not getting to spend time with their kids. He is out of touch.
As I said, he is pandering to potential voters. No matter he has turned 180 degrees in his opinions. I do not see a leader in Trump. I don’t think he is changing any game. He has the vivacity of Sarah Palin who proved herself completely untrustworthy and far too ignorant to figure into a leadership position in the United States. I do think Trump is to blame for the irresponsible decisions he has made to build his fortune. Take Atlantic City as a tragic example. He is financially irresponsible and has proven time and time again Trump is for Trump, as he is in this Republican campaign. He will say anything to court voters. In his way, it is his fault.
America does not need a businessman as a president. There is a big domed building in DC filled with business people and they have failed to agree on policy, blocking bill and reform after bill and reform.

Judith Koubekreply
– In reply to: Michèle

I don’t support Trump and his views and would never vote for him. I just put out my view on why I think he is so successful at the moment.

Michèlereply
– In reply to: Judith Koubek

Fair enough. Hopefully the best candidate to skipper the nation into the future’s tumultuous waves will succeed.

Judith Koubek
– In reply to: Michèle