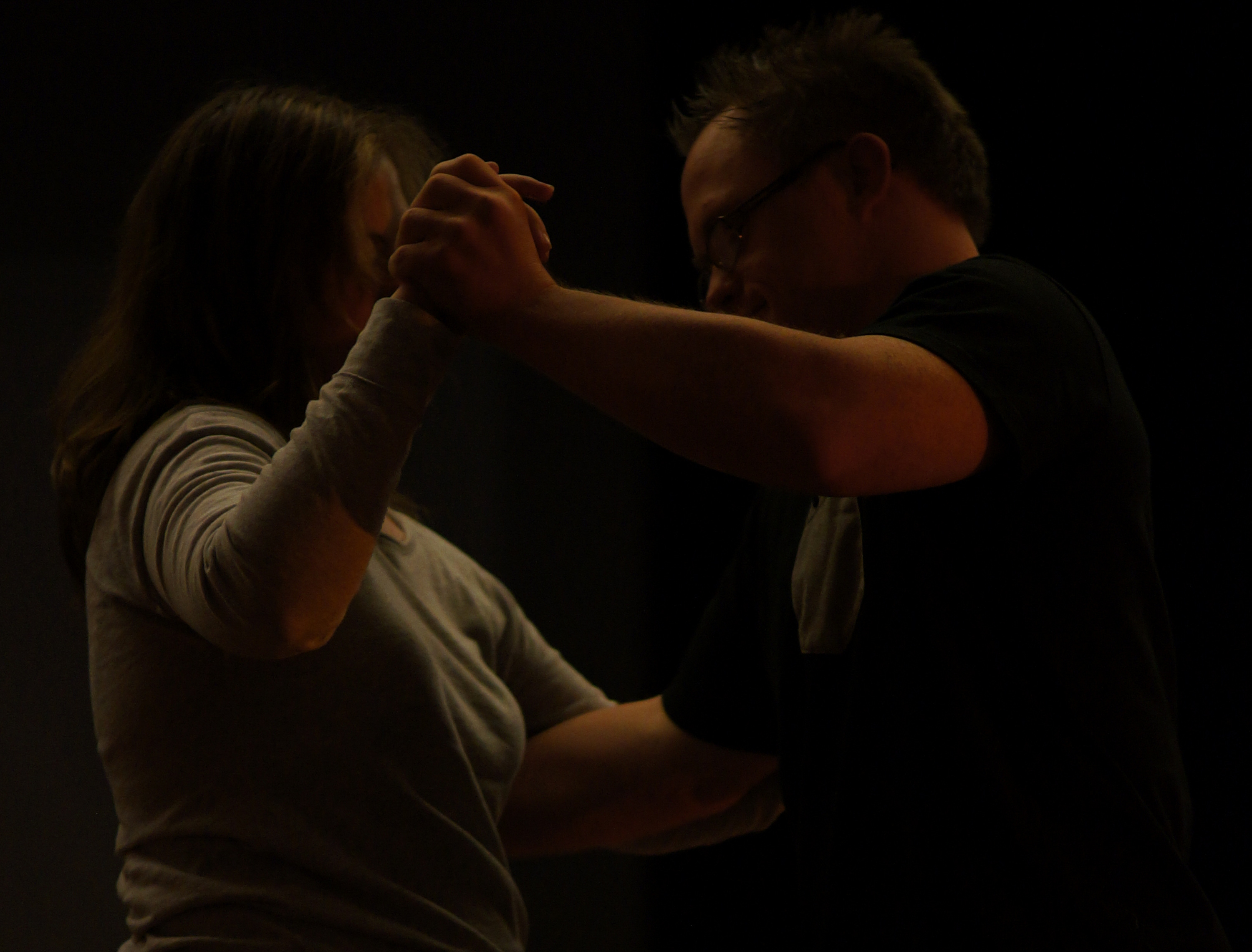 I have never been called inspiring, and I don’t ever expect to be. But I am often inspired, and for this, I am grateful.

In the past few days, I have had moments where I felt so thankful for humans, it took some of the sting out of life.

Feeling inspired, or given pause, amidst a few weeks of what seems lately to be a constant barrage of bad news, and sad news, feels like a guilty pleasure. These are things for which I have taken no real or any part in whatsoever, and yet, I feel somehow partially responsible.

My voice is not loud enough.

Sometimes I say to my husband, “You know, when the time comes for me to die, if the world keeps heading down this track, I don’t think I’ll mind dying. It will make things easier.”

Don’t get me wrong. I don’t want to leave this world early.  Still, is it because I’m getting older that I feel this way?

Is it just me or does it feel like each place we turn is another example of our cruelty or indifference toward each other and our world? Toward defenseless animals, toward children, toward those who cannot rally and stand up for themselves due to language, economy or circumstance?

I don’t think it’s just me. Other people ask the question, what’s going on?

One current issue concerns the fate of the few thousand Rohingya people set constantly adrift by counties who do not want them, after fleeing from what we now know, in many situations was genocide. Those who have survived have found a temporary sanctuary, but they are people without a nation. No where to call home.

Would Australia open its eyes and hearts to these people?

“Nope, nope nope,” said Prime Minister Tony Abbott, as though he was regretfully refusing a second helping of chocolate cake and patting his belly.

It feels like an utter denial of the human-ness of these people; that they do not have hopes and dreams, intelligence and achievements, aspirations or fears. That all those things have no value.

That they have nothing to offer but burdens. Forget the attitude of the past, as was voiced in Emma Lazarus’ famous poem, The New Colossus:

Give me your tired, your poor,
Your huddled masses yearning to breathe free,
The wretched refuse of your teeming shore.
Send these, the homeless, tempest-tost to me,
I lift my lamp beside the golden door!

I don’t know why these past two weeks have affected me more than usual, but I gauge the feeling by the impact felt when joy sheds itself over me, and I cry.

The first happened the other morning. I usually drive in with the ABC state news, then morning news issues program, AM, on the radio. It gives me an update on national and international news.

But on Tuesday, I wasn’t up to it. Instead I listened to an old Radiolab podcast called ‘Loops’.

One of the stories was about a woman named Mary Sue Campbell. She phoned her daughter Christine one morning in 2010 with comments that things did not make sense. She voiced concerns about her home and things around her, down to the strange truck in the driveway.

Christine feared her mother had had a stroke, and phoned the paramedics immediately. That truck had been sitting there for years, and belonged to her mother’s partner.

She found her mother in the hospital diagnosed with transient global amnesia. The condition is an extreme short-term memory loss, and in Mary Sue’s case, she kept repeating the same couple minutes of information to a word for hours.

All the time, Christine kept kindly chatting to her mom, encouraging her, tirelessly filling her in on everything, from the moment when things seemed odd.

“You were doing some gardening this morning, and then all of a sudden, you, like, couldn’t remember anything, so you called me,” Christine tells Mary Sue.

“And we called the paramedics and then they came and got you and I met you here.”

And they both laugh.

“This is like every two minutes, we’re doing a loop,” Christine says.

“We ask the same thing again?”

“Yes, we have had the same conversation, over and over again, every two minutes, for the last two and a half hours,” Christine says patiently.

“Oh my gosh. Two and a half hours? get out of here,” Mary Sue says with disbelief.

“Same thing? Every two and a half hours?” Mary Sue asks.

And Christine says so kindly: “We can’t seem to talk about anything else. That is what we’re talking about today!”

And barreling down the road to work, I started to cry. There was so much love. There was that connection between two people.

Christine must have been worried about her mother, but she buried it in her intent to keep her Mary Sue’s worries at bay.

I should preface this by saying during the week, I was following the visit to the town I work in by Alison Richardson and the ruckus ensemble from the Riverside Theatre’s Beyond the Square program in Parramatta.

Beyond the Square is a creative arts program for people with a disability. Ruckus at this time is composed entirely of people with Down Syndrome. Alison is the outgoing creative director of Beyond the Square. She was joined by a lovely woman Avril Timbs and filmmaker Tim Dennis.

I met Alison last year when she, Tim, and ruckus member and award-winning filmmaker and actor, Gerard O’Dwyer came to Inverell for the Blue Grotto project.

As they did last October, the group worked all week with local children and adults who have compromised ability. This time, the week culminated with a performance on Friday night in town, and I went along to take photos and enjoy the show.

I had an idea how it might go. I had dropped in to photograph two workshops, and I knew the night would follow the week’s theme of dreams.

But I was entirely unprepared for how dazzled I would be on the night.

It began with a drift of beautiful music, and some of the performers came onto the floor. Those who could not walk, we wheeled around the  floor by those who could. Each performer held a large card with a letter on it.

They lined up and held their cards aloft. It read ‘DREAMS’.

The night was on.

Later, this incredibly moving music began to play. It was melancholy; it seemed elegant and broken.

As the music played, a local young man, Jordan Wilson, who is blind, stood up, and sang that Jim Reeves classic, ‘He’ll Have to Go’, a-capella.

It is hard to describe how the song, and the music, which entirely clashed, were also a kind of fragile lament. To this coupling, ruckus member Gerard O’Dwyer took his fellow ruckus colleague Audrey O’Connor in his arms, and they began to dance.

The room was dim, the lights glowed orange, and as this music played, like rabbits running, playing in the dark. And Jordan sang, we all sat rapt watching this couple dance like they were the only people in the room.

At the end of the dance, Gerard gave Audrey a hug, and it was so heartfelt, and the emotion so naked, I felt joy and I felt privileged.

Through the evening, films of the participants reading out their dreams were projected.

One of the women, Belinda, is largely non-verbal and needs a wheelchair. She had taken part in the show’s opening and was wheeled around the floor later ‘finger-dancing’ as two more able women made her dance possible.

She was grinning from ear to ear.

But what got me was when Belinda appeared on screen. She began to signal and sign her dreams. There were no spoken words.

One of her dreams was to ride a horse. She had others, and she was signing intensely, her face contorted in this pleasure of sharing, trying to express how much she wanted these things in her life.

It is far too easy to see somebody with Belinda’s disabilities and dismiss her dreams.

Instead, they were painfully real, and symbolized freedom, mobility, independence. All the things she will likely never have, as I do.

Dreams were funny, and understandable. The young ones wanted all the money in the world, games and motorbikes.

The older people wanted the loved ones they have lost through death, or distance, back in their lives. They wanted the same things I wanted; love, and peace.

Near the end of the show, another local young fellow named Ryan, who has very limited use of his legs, and intellectual disability, took the floor to beat box. He accompanied ruckus member Digby Webster.

It was fabulous. It was joyful, and open and uncomplicated.

People might look at Ryan and immediately pick his disability. But would they pick his ability? He is funny, he has slapstick routines up his sleeve and tells jokes. He can beat box, rap and he has music inside of himself.

I know it is easy to celebrate what those who cannot can do, but I have to remember, they can’t walk away from it.

It is their life, every day.

So if I reconsider my life, I have so much to feel thankful for, despite my inadequacies.

I have my own house, I can drive, leave whenever I want, to go wherever I choose. I am employed, I can shop for myself, cook what I like, wash myself, pick my own clothing, I can read, speak, take home a pet and love it.

What I can do in no way should diminish what a person like Belinda can do. It’s just different. No matter how good it gets, there is always the bad stuff, however it comes packaged. I guess the more we can do, the more likely things have room to go wrong.

As Gerard told me, he doesn’t need anybody to tell him he has Down Syndrome. He is well aware, but in the midst of his disability, he chooses to stay positive, and stay strong, and continue to pursue his career as an actor and a filmmaker.

Life, I figure, it’s a little like riding with your head out the window.

I drive all the time, so I rarely get a chance to put the glass down and stick my head right out to be nailed by the blast of fresh hard air.

You catch it all in the wall of air; the bugs, and all the stuff. It feels like a shower, and you consider turning your face away. But you don’t.

It is completely exhilarating. When the bad news buffets me, I need to be like Gerard.

It’s not going away. I have to stay strong, and keep dancing.

-The featured above, and this image are of Audrey O’Connor and Gerard O’Dwyer of the ruckus ensemble, dancing.

Everything is very open with a really clear explanation of
the issues. It was truly informative. Your site is
very useful. Thank you for sharing!