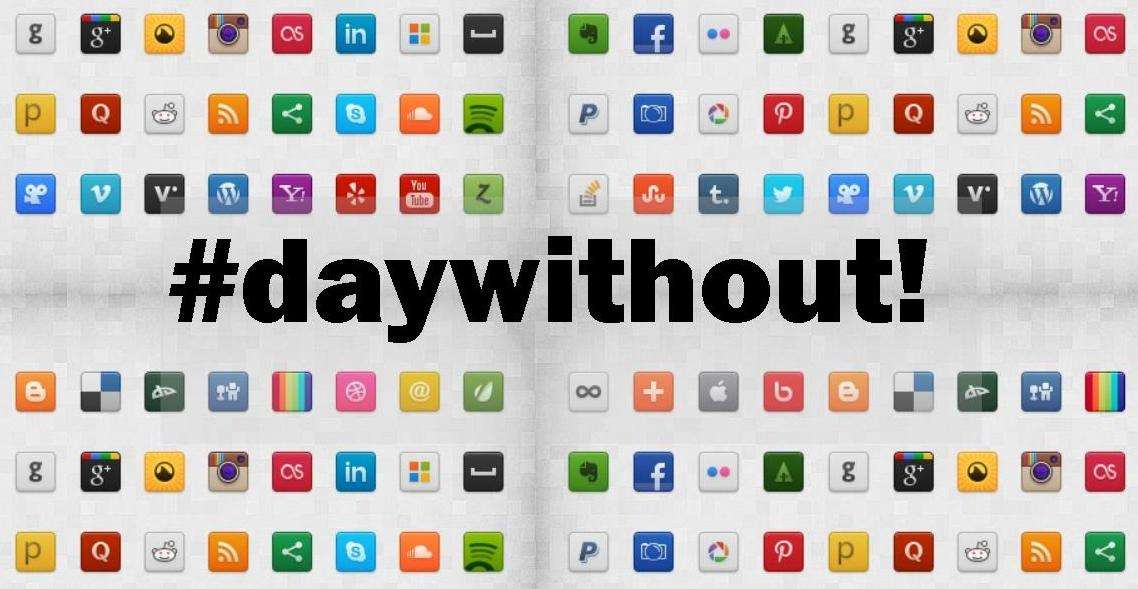 I think social media is either separating or connecting me with things I have held to my chest and venerated; my thoughts, opinions and respect for good grammar. And it’s all voluntary.

“The way we are defined on social media, on the internet, on Google, has become more important than who you actually are as a person,” Jon proposed.

I’m thinking this is a little scary. It is exciting, but it is also a little frightening. By posting my thoughts, my values, sharing the personal, maybe I am giving away something I can’t get back.

Jon said for some people, “Twitter has virtually become an approval machine. We surround ourselves with people who feel the same way we do, and we approve each other, and that’s a really good feeling.”

I agree with that. I know I get a little thrill when anybody favorites a tweet of mine or retweets it. When I share a post on Facebook and it loads up with likes, who wouldn’t feel that stroke of approval?

And no red numbers? It can sometimes be deflating. Especially when you put your life out there at its most vulnerable. We need our new global community to buoy us up. To make us feel less alone.

On the real scale of my life, it is forgettable. But I often find I will blow my monthly quota of exclamation points in reply to some posts I would otherwise pass by. For validation, to show I am a friend, to be liked?

When I was a little girl, I was smitten with another little girl at my school. I wanted so badly to be her friend. She had arrived at the school after me, and slipped into the cool clique in a way I never could, but she still had a little Pippi Longstocking in her to pay some attention to me.

One day, I was trailing her around the playground, and she turned to me and said, “You know Michèle, I feel like we’re playing Follow the Leader, and I’m the leader.” Verbatim. I remember that, now 37 years later.

I was devastated. Needless to say, I backed off and I have never forgotten that moment. I know I was always a shy person, but that attempt to boldly make a friend set me back.

For about the first 40 years or so of life, I’ve tended toward privacy. Friends and family had the brighter side of me, but I’m not naturally gregarious, though I can get chatty at a party and in a group.

I’m a pleaser and a toucher, so talking to say, a local politician, a newly-minted centenarian, cattle producer, high school principal, I’ll often make a human connection, ask how they are, touch their sleeve, look them in the eye. I like people to get on with me, and I like people.  I am insatiably curious about other people’s lives.

Once I take off the public hat, I like to be left alone. For 99% of the folks I know, don’t call me at home. Which is why social media is weird in my life, because I welcome everybody in about all the time.

Jobs I’ve had, opportunities taken, I contained that personal brevity and became more outgoing with strangers. I didn’t know what the digital world was going to do with my carefully controlled privacy.

E-mail has been a tool in my life for many years, and in that time, I used a great amount of restraint when it came to expressive punctuation. Rarely did I pull out the old ‘!’, or the intrigue of an ellipsis (…).

I don’t even talk that way. My shameless use of exclamation points has actually caused me to reevaluate the way I respond to emails, reply to Facebook posts.

This web site has a Facebook page of its own, and I recently wrote:

I am erring on the side of far too many exclamation points these days. I use one, and then the next sentence seems even more appropriate for a !, but if I lost the first one, I sound too grim. So, I could add a 🙂 at the end of the message to take the sting out of the removed first exclamation point. What on earth is my problem? When I browse through this FB news feed, the number of exclamation points, well, it’s an epidemic. So I propose we all speak just for one day at the volume indicated by our chosen exclamation points, as we write them here (“OMG that puppy so so cute!!) and maybe when we hear how ludicrous it sounds, we will wean ourselves away from the punctuation mark.

I joined Facebook several years ago, and like many first timers, accepted about every friend request that dropped into my page. It was a terrible error.

That Facebook account was closed in 2011, but jumped on to Google + where I still have a very tiny circle of acquaintances. Little did I know I was on the cusp of re-building my social media empire.

My oldest friend suggested I rejoin Facebook, and I did, exercising much more restraint about who I accepted as a friend.

For years and years, I lived my life, and as I made decisions and had experiences, I  would share my thoughts with people close to me when I had the opportunity.

Though I pale in comparison to people who document their lives on line, I find myself evaluating my daily moments to see if they are Instagram-worthy. My phone has assumed an entirely different role in my life these days.

Not much of a leg to stand on, this confusion coming from a woman who keeps putting personal information out on this blog, but I sometimes don’t know who I am anymore.

So I thought, why not? Why not accept the opportunities provided by the social sphere, but reclaim my ethics. Maybe start with corresponding and replying without all those ego-massaging punctuation marks. I propose a #daywithout!

If I lose all my friends because I become less fawning, so be it. If I can’t entirely step back into my old shoes of that person comfortable enough to keep myself to myself, at the very least, I need to be true to my inner grammarista.