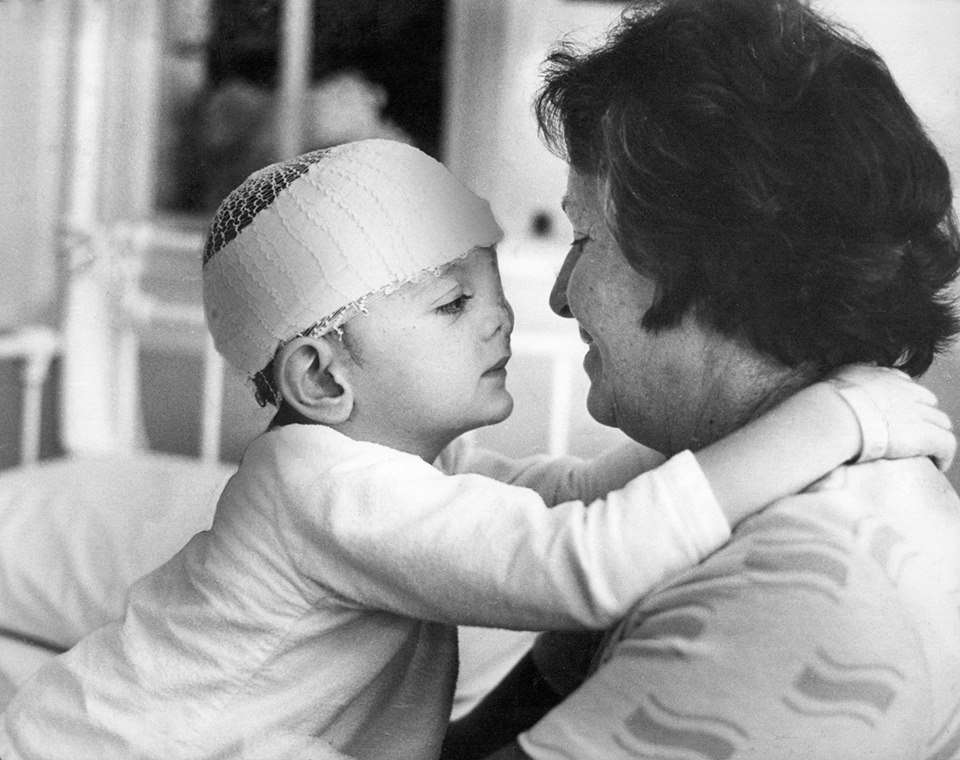 Driving home last night, I had the pleasure of listening to the podcast from January 29 of ABC radio Conversations host, Richard Fidler, visiting with Robert Hoge. Robert is pretty damn amazing.

Robert was born with some serious deformities, and yet, has never let those disabilities or his startling appearance stand in the way of his ambitions. He attributes some of that to the fierce love of his family.

He has been a teacher, journalist and worked as media adviser to former Queensland Premier, Anna Bligh. Not even considering the journey he took overcoming some of the physical walls in his way, his is a great story.

Last year Robert released his memoir, Ugly, with a children’s edition soon to follow. I think I need to get myself a copy.

You can find the extraordinary interview with Robert by clicking this photo below. It is an image of himself in grade one, taken from his Facebook page.

-The featured image at the top is of Robert as a young child with his mother, Mary, during one of his many hospital stays . The image is from Robert’s Facebook page. It is so beautiful, it makes me cry. It is such an image of love.