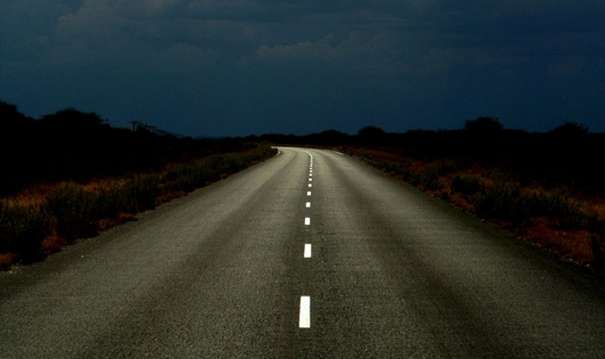 In 2002, on a horse farm owned by an heiress of the Wrigley fortune, with her knee-high, stacked-heel, colorful, custom-made cowboy boots, I decided, “I’m going to Arizona next year. I’m going to do it.”

It was actually a watershed moment for me. I was in a job I loved, but had given me a nervous tick and stress pains, a nowhere marriage to a lovely man, and I was a little trapped.

A lot trapped, really. So deeply embedded into a life of self-constructed responsibilities filling some fairly deep voids in my life, I was suffocating.

But at that time, I didn’t really see it clearly. That would come later.

I had driven up from Kansas, over the Upper Peninsula of Michigan to this Harbor Springs farm to audit a Harry Whitney horse clinic. It was a pretty snazzy set-up organised by a nice physiotherapist in the area who was friendly with the heiress.

I didn’t focus too much on the setting. While I had seen Harry several times and ridden with him a couple times, I came to a conclusion which had brewed for a while; somewhere in among all the horsemanship I saw, was a place for me.

I would haul my Arab mare, Grit to Wickenburg, and ride with Harry for a week at his Arizona location in early 2003.

I’ll spare you the details of how I prepared, with help, but come February, I was ready. I had a rebuilt, old-style, small box trailer with an open back, pulled by our 1968 GMC pick-up.

I put some thought into the route from Wabaunsee, Kansas I would take to the ranch.

The winter before, my ex and I had driven from Phoenix along Interstate 40 hauling a flatbed trailer.

Driving east one very blinding, glare-ice, snowdrifted early morning with ice crystals in the air, I saw the blink of tail-lights ahead and just touched the brakes.

Bad idea. Before you could say “Oh crap” we were flying off the interstate, onto the median ditch towards oncoming traffic. I spun and spun the steering wheel, jackknifed the thing, and like an arrow, we plowed several yards to a halt.

Not the kind of experience I wanted to revisit.

Keeping that in mind, I decided to avoid the northern road, and head down to I-10 via Alamogordo and Las Cruces.

Despite my best laid plans, I hit some heavy snow falls in the mountains on Route 70, and I heard this muffled knocking sound as I piddled along behind the string of vehicles making their way down the mountain. But I was not too concerned at this point.

I was concerned at about 7pm, when the knocking turned into a violent clatter on I-10, the lights on the dash flickered, and I was just able to steer onto the shoulder before the truck died about 40 miles north of the Mexican border.

So I was a woman on a dark interstate, a horse in the back of my trailer. I didn’t have a cell phone at that time.

To put this in perspective, I had driven classic cars since I owned my first Corvair in 1989, and breaking down was a little like an old, unwanted acquaintance. So I put on the hazard lights, and I waited.

A small car pulled up and an older couple offered to take me up the road to the truck stop 10 miles up the road.

I dreaded leaving my mare in the trailer, but I felt at that point, I had little choice.

The couple was in worse shape than me. They were real battlers. He had forgotten his critical medication on their vacation in Memphis, had very little money, and they were driving straight through to their home in Blyth, CA to refill his prescription.

Still, they took time to stop for me, and dropped me off at the truck stop.

After a collect call home and a annoyed spouse which seemed really uncalled for considering the circumstances, the woman behind the counter said she knew a fellow who could tow me to Deming, the nearest large town.

She raised him on the phone, and I told him I had a trailer on the truck. He, his little girl and his wife arrived soon afterwards with his tow truck and their pickup for the trailer. We drove back out on the interstate to find everything as I had left it.

We unloaded my mare in the dark against the thundering semis passing right beside us (she was a remarkable horse). We hitched up the trailer, I reloaded Grit, and while he towed my truck to his brother-in-law, Harvey’s home, his wife took me to their home.

It was a trailer in a mostly abandoned trailer park. I set up Grit, tied her to my trailer, gave her a hay net and water and went inside.

The trailer was choky with cigarette smoke, a little messy, photos of the woman’s ultrasounds framed on the kitchen wall. The fellow arrived soon after and said nothing to worry about. Harvey was one of the best mechanics in New Mexico.

I slept on their eight-year-old daughter’s floor and woke in the morning, cleaned up around Grit, fed and watered her and had some toast, kindly provided by the family.

I spent that first day walking Grit all over the desert blocks around the trailer park. I called my husband from a convenient mart down the road, talked to the wife, waited. Walked Grit again and disturbed Roadrunners in the brush.

That night, they took me to Taco Bell and spent over $30 on a bag filled with food. I had a couple of simple tacos, and told the husband I’d be happy to come along and see how the truck was doing the next day. I was anxious to get going.

His wife and daughter assured me they’d keep an eye on Grit, so I went with the fellow to see Harvey.

Harvey was a massively tall Native American man, I seem to recall he was a Navaho, a little out-of-place in far southern New Mexico.

We entered a compound that was heaped in car bodies, piles of parts, general stuff, junk, and a one-story adobe house. My truck sat beside the back door, hood up and Harvey underneath.

Harvey’s wife was the two-truck man’s sister. She was petite, a little like Jennifer Jason Leigh, but harder, and I think there were a couple of children around.

I can’t remember exactly, but I do recall this massive heap of clothing on the sun porch, right inside the back door. Harvey was giving her a hard time about her housekeeping, though the house itself, though very spartan and old was tidy.

I sat outside on a milk crate and chatted to the guys while Harvey worked. I remember a Cocker Spaniel waddled past, its hair a matted mess. There was debris stuck in its coat that dragged on the ground and I tried to pull free.

Harvey gave me a price for the job to fix the thrown rod, and I had my husband wire the money over Western Union.

I spent one more night on the little girl’s floor, and spent the next morning with my horse, walking her all over the place, anxious and waiting. I had phoned Harry on Saturday morning to let him know I would not be there as expected, but hoped to arrive some time on Monday.

My fingers were crossed so hard, breath held so deeply I was like a pretzel.

Harvey wrapped it up and  we went to pick up the money. I paid, drove to the trailer park, clatter-free, hooked up my trailer, loaded Grit, and after many hugs for all the family and thanks, I headed west to Wickenburg.

I pulled up at 1am outside Harry’s locked gates, tied Grit to the trailer again and slept in the truck bed until Harry found me about six in the morning.

He untied Grit and let her bolt around in the arena, then looked after me.

I remember details of that trip: the uncertainty, the feeling I had to put all my trust in the hands of these strangers, and that poor dog, the pile of clothing and he cold bag of Taco Bell leftovers on the kitchen table the next day.

But more that all of those, I think of that struggling family. They had no compunction about opening their home to me, a stranger, late at night in a desolate trailer park in Deming, New Mexico, with the border police barreling up and down the road outside and little to show.

In the end, all I gave them was a thank you and for Harvey a payment for services rendered.

They gave me back my freedom, and put me in the path of my future, though I did not know it then.

I drove my truck and trailer through the ranch gates, got up into the bed to unpack my stuff, looked down, and I met Ross.