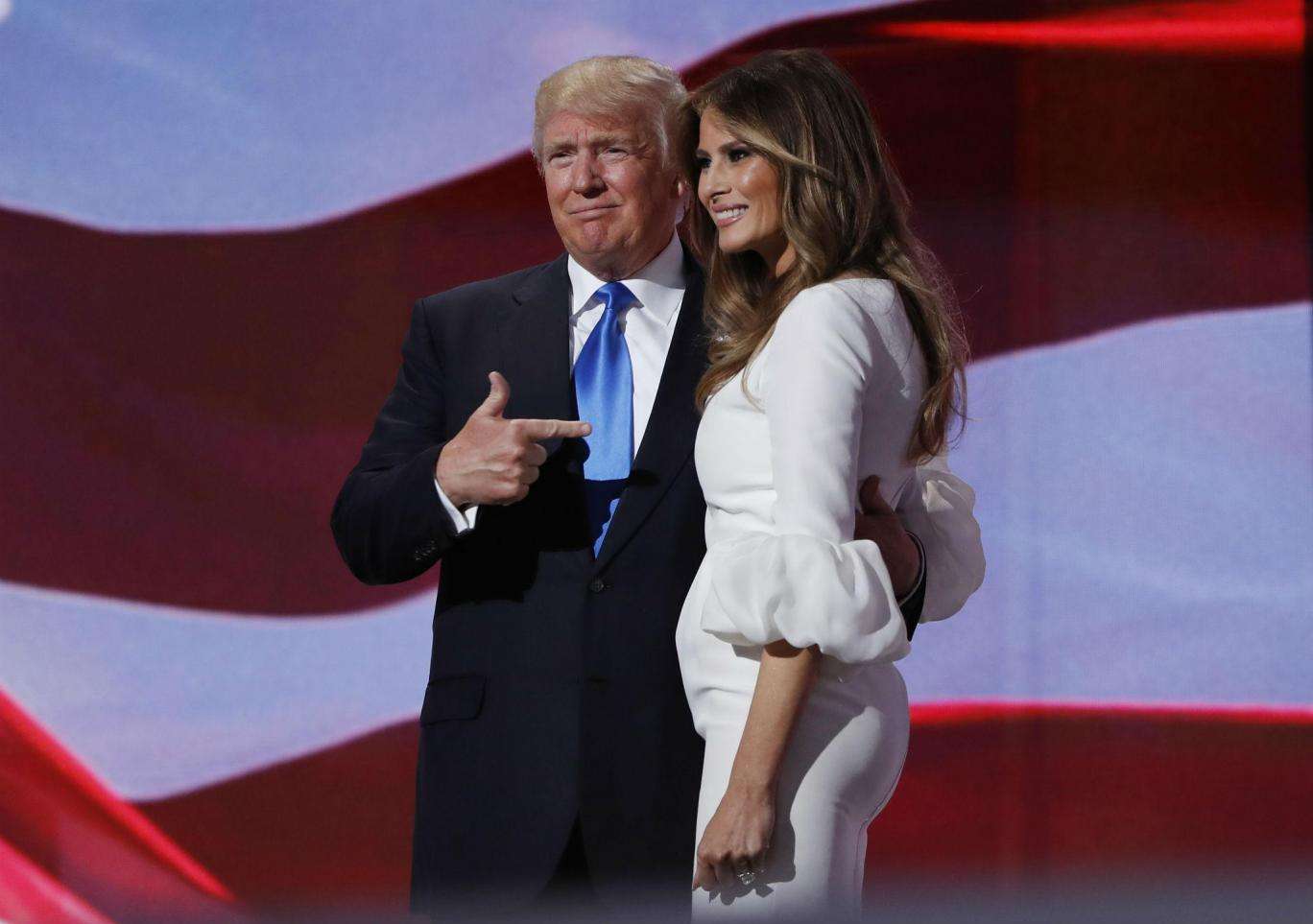 Despite the roasts she is receiving across all media, I felt incredibly sad for Melania Trump after watching segments of her labored homage to her husband Donald, and her stolen delivery of Michelle Obama’s 2008 speech at the Democratic National Convention.

Women (and men) out there, we all know the man’s record. We know how he regards women. This lovely, but perhaps misguided woman, obviously jumped at the chance to marry one of America’s richest men.

But it was Donald, and that in itself says a lot about her decision-making ability. And somebody felt it was time to roll the potential future first lady out on stage.

One of the Trump staff told The Los Angeles Times, “I think she worked very hard on that speech.

“And a lot of what I heard last night, sitting on the floor, sounded very much like her and the way she speaks about Donald all the time.”

Even more sad.
I know she was a model, and cameras must be as familiar her as breathing, but that does not pip the weight of the world when it comes to being a spouse to a now baptized US Republican presidential candidate, and this particular one at that.

The pressure on her must be immense, and the staff and aids, or Donald himself must have thought it was time to get the wife in front of the cameras. I know she claims she write the speech herself with a “little help”, and perhaps that is true, but after watching her speak, I wonder if she was even really aware what she did was wrong, or those who did it for her were wrong.

And what happened afterwards? His clenching hands and rigid face were portents of an unpleasant conversation at the hotel afterwards.

This woman should not be a target. She did not ask her husband to run for president or say the heinous things he says. No woman, or partner is responsible for the actions of the other. I doubt very much Melania has much a voice in that marriage about any of the things that count.

And that is a tragedy.

So back off America. Focus your energy on the potential next leader of the free world, not the woman who has hitched her wagon to it. She won’t be the undoing of a nation.