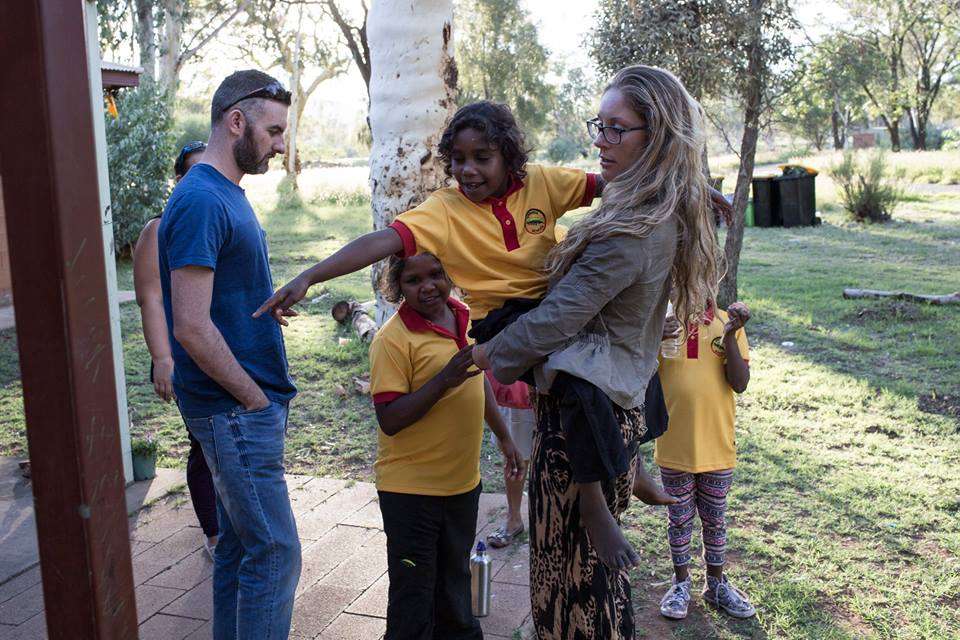 Though I have lived in Australia for about eleven and a half years, it was not until 2013 that I really talked with an Aboriginal Australian.

I don’t know that I feel ashamed or embarrassed about that, but it was just the way it was.

For all those years before, I lived in a country area of West Gippsland in Victoria, worked in our business as a horse trainer. All our clients were white, and from the rich to the disadvantaged, all people I met or came across in our area were also white.

Though I did see Aboriginal people haunting the streets of Melbourne, the majority of culture I experienced was southeast Asian, Chinese and Armenian communities in the city’s outer suburbs.

It seems strange that it would take moving to a regional area in northern NSW for me to have the opportunity to meet the first Australians.

But that’s the way it worked.

This post has been inspired by a three-part program that ended last night called First Contact on an Aussie TV network called SBS.

The program took six non-indigenous people with little to no familiarity with Aboriginal people on a journey across Australia. They met indigenous people in various settings, towns, settlements and Sydney.

The show gave insight into the complexity of the issues facing indigenous people.

And, you know, what opened my eyes was the ignorance of the participants. Those chosen to make the journey for the program have been born and raised in this country. They seemed completely divorced from, not only Aboriginal people, but social problems that contribute to the raft of problems that confront indigenous communities across the country.

One woman was shocked when hosted overnight by an Aboriginal family in Sydney. When they got food on the table for dinner, a spread of rissoles, steaks, snags and salad, she admitted she thought they would have been eating bugs for dinner.

It was the tip of the iceberg as far as their ignorance went.

Another woman could not seem to understand that her emotions and feelings affected by a troubled childhood could be shared by an Aboriginal woman. As though that woman was not a human being. It was unreal.

The other feeling was enlightenment. The show participants visited Nyinyikay, in northeast Arnhem Land. There, the community recognizes and practices rites, tradition, and day-to-day living that has lasted thousands of years.

For some reason, that very beautiful segment helped me to understand the depth of loss of original culture and language for many Aboriginal people.

Stats say that six out of ten non-Aboriginal Australians have never met an indigenous person, and until I moved up to this area, I was one of those people-though I suppose am not an Aussie.

So how did I feel when I made my own First Contact?

Hard to say. Coming from Chicago, and having my upbringing, I suppose I am accustomed to having people of all colors and cultures around me. It is expected. In fact, I was hungry for multiculturalism in West Gippsland where the demographics were pretty homogeneous and my train ride into Melbourne was a bit of a balm for that need.

Where I live now is no Sydney or Chicago, but a little bit of a melting pot. A local abattoir employs many overseas workers coming from Africa, throughout Indonesia, Thailand, Vietnam, Brazil and Japan, doing crummy jobs the locals don’t want to do. There are also people from those countries as teachers, doctors, dentists, shop owners, as well as Indian, Pakistani and Pacific Islander residents.

And of course, there are the Aboriginals, who were here first.

My life has changed and I talk to Aboriginal people frequently these days in my job as a journalist, and every time I do, I learn a little bit more.

When those conversations began, there were many things I noticed. The first was that I was white. Not that I haven’t felt white before. In America, race is a funny thing. In a big city, I can feel as blended as vegetable soup one moment, and lily white the next.

I have had students, colleagues, co-workers and friends of all colors, backgrounds and cultures.

But it hasn’t been anything compared to the Aboriginal people I have met.

I had a discussion with my husband about this to explain it, and didn’t get too far. I think I was trying to say there is a depth of culture within the Aboriginal community that I have only experienced when I have shared time with Native Americans.

There is an inextricable link between the past and present with about every  Aboriginal person I have met-that includes those who are plagued by the problems endemic in some communities or families.

Many folks have to live two lives; one foot in the white world and the other in the black world.

I have immense respect for that, and acknowledge how incredibly difficult that must be for indigenous people. For me, I have always lived in a predominantly white culture, and not pushed those boundaries. So I have always enjoyed a comfort in getting to live in my own world, about all the time.

Even living in Australia, as an American I am generally accepted because my color passes muster for so many people. I realize I must take that for granted.

Then I considered how little culture I have or celebrate. I’m not talking about music and art here, I’m talking about mortal fiber, where you came from, from a long time back.

Most of my descendants are from Ireland, and I have never been there. I guess you could say America has a culture, Chicago has a culture. But the history is shallow, and I feel few close ties, with the exception of the Chicago accent.

I often cling to that, feeling relief when I can go home and nobody remarks about my accent. It may be the only thing beside family, seasonal changes and landscapes of deciduous trees, to which I feel a primal bond.

Aboriginal people seem to have this great extended family that reaches beyond their blood relatives. They also have the grace to call people like me white brothers and sisters. Look hard and you’ll likely not find a white person who will so readily call an Aboriginal man their black brother.

What needs to be recognized are the repercussions felt by indigenous folks due to the white man’s decision to moor their ship on Australia’s shores. The results are ongoing. As the longest continuous culture on Earth, to dismiss the damage settlers have done to that culture is beyond irresponsible. It is criminal.

We have a lot to answer for.

Up until the 1970s, children were forcibly removed from families and culture. It was a replay of what happened in the US for the Native American people.

Like the Native Americans again, the first Australians have been massacred, enslaved, exploited, isolated from employment, from equity in education and health care, suffer from chronic diseases and susceptibility to alcohol.

All that in mind, on top of those wrongs, I have experienced first-hand and heard again on the First Contact program, the recitation of explanations and justifications by indigenous people for why so many are incarcerated, why there is such a high incidence of alcoholism and substance abuse, of violence.

Like the people in the First Contact program, too many non-Aboriginals seem to focus on the problems. When, like any community of people around this planet, there are Aboriginal people in politics, people in Parliament, doctors, teachers and nurses, artists and bricklayers, philosophers and scientists, writers, check-out chicks, musicians, lawyers and pilots, chefs, Olympic athletes, leaders and so much more.

So why should Aboriginal and Torres Strait Islanders have to explain themselves? Explain problems that plague those in their community.

Their question back should be, “Why wouldn’t there be?”

If you take a human being, strip them of purpose, stability and confidence, put them in a situation where there is no support, too often suspected for doing something wrong because of the color of your skin, there are no employment options, deficits in education, limited internet, frequent power cuts, cheap and un-nutritious food, you are tied to family by love, loyalty and custom and culture, so loathe to leave, why wouldn’t you have a society that is often at risk, or disadvantaged?

Why wouldn’t you have suicide and a desperate need to escape into addiction?

Or on the other hand, such challenges can inspire an immense drive to turn it all around. And that is happening. But at such a cost to get there.

Either way, it is unacceptable we, in 2014, would allow people in a first world country to live in the circumstances that breed such desperation when the framework and infrastructure is in place.

The government offers a miserly and often inconsistent hand in the form of welfare, and support in many areas, but that does not solve the problem. Yet  many white Australians will latch onto that fact and hold every penny against indigenous people who had no choice when Captain Cook decided to drop anchor.

It is soul-crushing for many, and some lose the ambition to have a better life. For other people and communities, they take their destiny in hand and change the landscape to encourage a positive future for their children, their adults and elders and those who have gone astray.

One thing I can say is that I have not met more gracious, kind and giving people as those Aboriginal people I have had the opportunity to meet, talk with and interview.

There is so much that is wrong. To make it right would be effortless if people could embrace the differences, and acknowledge that unless we share the DNA of those who arrived on the continent 40-50,000 years ago, we are all immigrants. They didn’t send out an invite.

Me included. And I’m sure thinking about it all.

Those outside Australia may not be able to see this content, but here is the link for some of the information about the First Contact series:

-The image above is two of the participants in the First Contact program with some Aboriginal schoolchildren. Photo: SBS